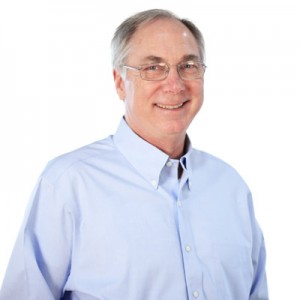 Dr. Art Mathias has lived in Alaska for more than thirty years. He is a businessman, bush pilot, outdoorsman, and has authored Biblical Foundations of Freedom, In His Own Image, Continuing Works of Christ and several booklets. He and his wife of 45 years have two grown sons and two grandchildren. He is the founder of Wellspring Ministries and has earned masters and doctorate degrees in counseling. He travels extensively teaching about and demonstrating a powerful God that has answers.

In February 1997, I was injured in an accident. It took several months and much agony to understand what had happened – I had ruptured three discs in my neck. My right arm and shoulder atrophied to the point where I had little or no use left in them. The doctors told me that I would never regain the former strength or full use of my arm.

In January 1998, after the doctors finally figured out what was going wrong, I had surgery to fuse four vertebrae in my neck. After the surgery, the severe cramping in my arm and shoulder was gone, but I found that almost every that I touched or ate caused me to hurt. The tips of my fingers and toes were numb and the numbness was progressing up my arms and legs.

The Mayo Clinic diagnosed me with “small fiber neuropathy” and predicted the numbness would progress up my arms and legs until it reached a vital organ and then I would die. That is exactly what was happening and now I was allergic to most foods and clothing.

My sister had been healed of cancer and sent me tapes from a seminar she attended which taught about the connection between sin in our lives and disease. As I truly learned to forgive others, I was healed.

I was raised in a Christian home, graduated from a Christian college with degrees in bible and psychology, but never understood that I had unforgiveness and bitterness in my life. By God’s grace and the Holy Spirit, I was convicted. I began to learn how my physical ailments were a consequence of those sins in my life.

In my resentment and unforgiveness, my body had produced too much adrenaline and cortisol which weakened my immune system- thus allowing the allergies. The allergies were causing my nerve endings to die, to the point that the doctors believed the process would cause my death within a few years.

After I forgave others and myself, God healed my nerve damage, restored my right arm and shoulder completely, and healed all the allergies. My health was restored! When people saw the dramatic changes in my life, they began to ask me what had happened. I began to share my story, and what God had done in my life. This led to the founding of Wellspring Ministries, as many other people wanted to learn to apply the biblical principles of forgiveness in their lives.